There’s a famous saying in business: “We cannot become what we want by remaining what we are.” In other words, things need to change in order for them to get better. And considering the economic climate of today’s retail industry, this sage advice couldn’t be any more relevant. Developing new revenue streams, innovating merchandising operations, and implementing agile technologies are crucial for retailers looking to navigate and overcome the cataclysmic fallout of COVID-19.

Which reminds me, does the name Cassel Goorin ring a bell? To some, it may not sound familiar, but for style-savvy connoisseurs and fashionistas alike, the Goorin eponym is as just recognizable as luxury brands like Hermes, Saint Laurent, or Chanel. You could even say Goorin and Chanel share a similar origin story: they each launched their respective business empires making custom hats.

It all started 125 years ago in Pennsylvania, where Cassel Goorin, an artisan hat maker, traveled by horse-drawn cart through the streets of Pittsburgh selling hand-crafted hats to eager customers along the way. Goorin’s caps became so popular, he eventually parlayed the small-scale operation into a full-fledged business enterprise. By 1921, Goorin handed over the business to his two children, Alfred and Ted, who went on to brand the company as Goorin Brothers. Together, the two siblings operated the Goorin Brothers headquarters in Pittsburgh, until 1949, when Alfred moved the company to San Francisco. Ted, meanwhile, remained behind to focus on material sourcing, production, and design. 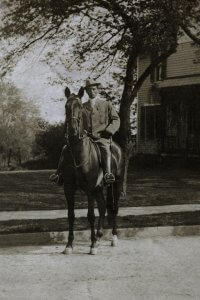 Cut to 2020, where Goorin Brothers is still one of the most respected name brands in fashion. And while the company has experienced its fair share of iterations, including a stint as a wholesale hat distributor to retailers like Nordstrom and Urban Outfitters, the company remains the most established family-owned-and-operated hat business in America—a fact current business owner, Ben Goorin, does not take lightly. 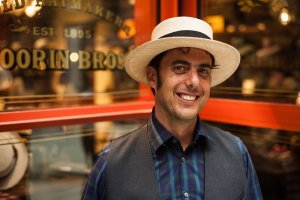 As the great-grandson of the original Goorin Brothers founder, he’s made it his mission to align the brand with the demands of today’s modern consumer. In 2006, Goorin opened the company’s first retail shops in San Francisco and Los Angeles. Two years later, he expanded the business nationally, opening three more stores in San Francisco’s Bay Area and New York City’s West Village. When asked what the impetus was in driving development, the youngest Goorin simply answered: “It was really a way to survive. It was taking matters into our own hands, telling our story, and educating people about hats.”

In light of retail’s current state, one that’s been heavily impacted by the fallout of COVID-19, the Goorin Brothers story is a perfect example of how ongoing business innovation supports future growth.

“I felt like there was an opportunity to keep the business going, but to take it in a different direction,” said Goorin, and he did just that.

In fact, in August of this year, Goorin successfully entered the omnichannel market, employing a retail software solution to create convenient shopping experiences for both loyal customers and prospective buyers. For a company operating in the midst of a pandemic, this omnichannel solution has helped Goorin Brothers enable critical retail functions, like contactless payment, store fulfillment, and endless aisle. What’s even better, the merging of its physical and digital sell channels has given Goorin Brothers a unique, unified brand experience that meets consumer demand. 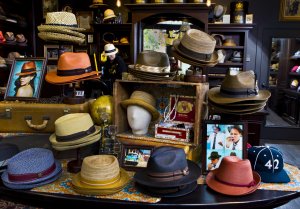 “My family business, now in its 125th year, has already survived multiple recessions, the Great Depression, and two World Wars,” said the fourth-generation Goorin. “Our ability to continually survive and thrive comes from avoiding status quo and challenging my organization to innovate its culture, products, and technology to stay relevant.”

Want to know other good ways to future-proof your retail organization against supply chain disruption? Check out these eight tips to transform your business for retail’s new reality.